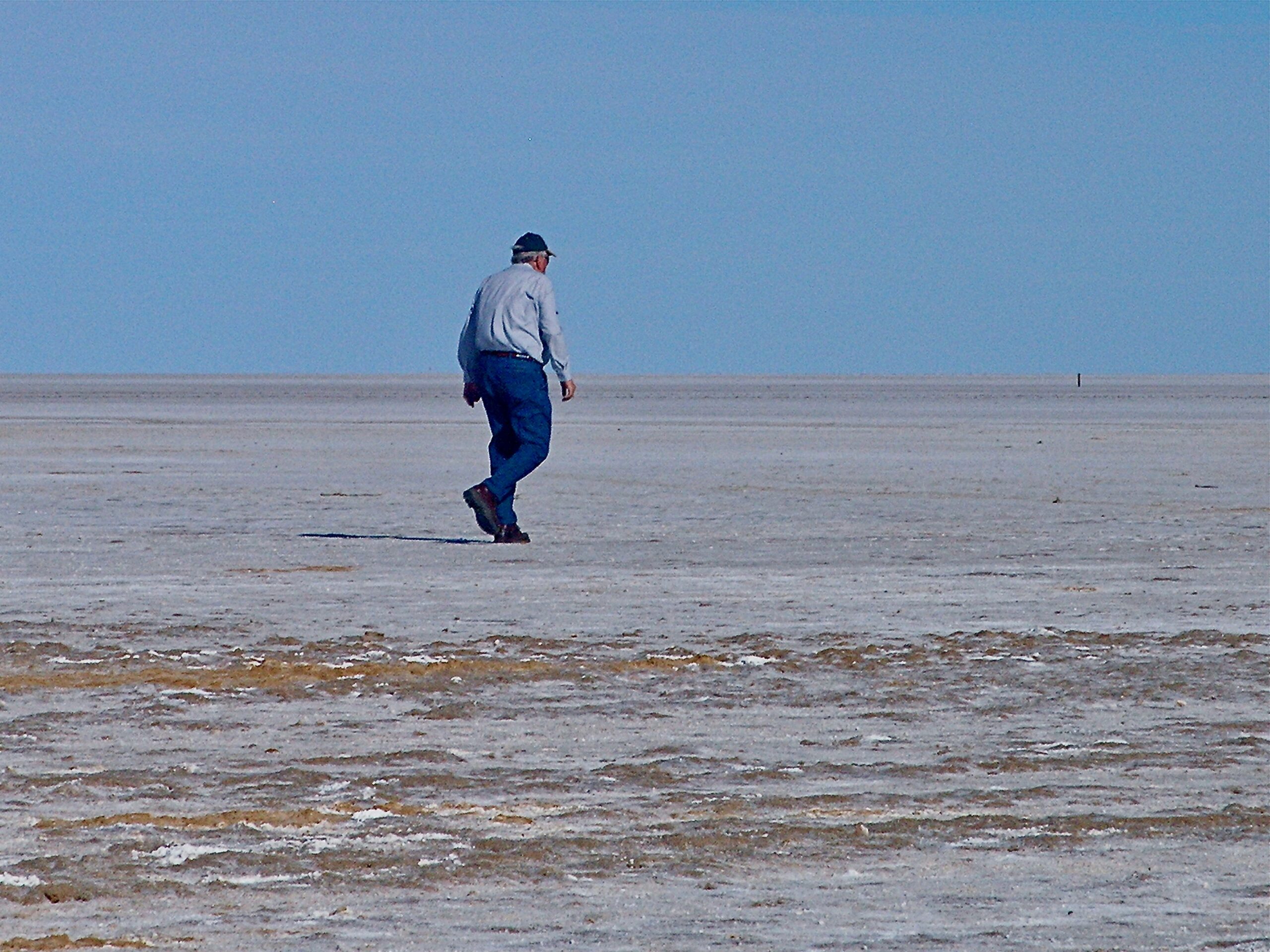 Kati Thanda-Lake Eyre, until recent years rarely visited, is now emerging as a natural gem in the Australian landscape, a unique and desirable experience, distinctly different but rivalling such World Heritage wonders as The Great Barrier Reef, Kakadu and South West Tasmania.

The bed of the lake is the lowest geographical point in Australia, at 15.2m below sea level. Occasionally when it fills, it becomes the largest lake in Australia and 18th largest in the world covering 9,500km². It occupies an area 144kms long and 77kms wide. At the shoreline it is 9 metres below sea level.

The Kati Thanda-Lake Eyre Basin is a huge drainage basin covering just under one-sixth of all of Australia, or 1,200,000km2, including much of outback Queensland, South Australia, Northern Territory and even part of western New South Wales. It is one of four sub-basins of the larger Great Artesian Basin.

Kati Thanda-Lake Eyre is located 700 kms north of Adelaide and 100 kms north of the historic desert village of Marree. It was named after explorer Edward John Eyre, the first European to set eyes on it, in 1840.

The lake is an extensive salt sink which has derived its mineralisation from the evaporation of floodwaters over thousands of years. It fills completely about once every eight to ten  years and prior to 2010 three times only in 150 years.

Given the lake is the terminal for legendary wild river flood waters (rather than flowing to the sea) it is now regarded as a “miracle” of inland Australia, offering extraordinary flooding and life regenerating events plus constant changes in colour with the water levels. To walk on the dry lake is also a surreal experience with sky and lake merging as one, vastness and “infinity” your only guiding companion.

The lake is completely fringed by the Tirari Desert which has been home to the First Nations Dieri people for thousands of years. The name for the Tirari Desert comes from the Australian anthropologist Norman Tindale, who in 1939 reported a small tribe which he referred to as the Tirari. They were located at the eastern shore of the lake from Muloorina north to Warburton River; east to Killalapaninna.

The traditional owners of the lake are the Arabana* people who call it Kati-Thanda.

They maintain their strong cultural links with the lake. On 22 May 2012, the Federal Court of Australia was convened to grant the Arabana people native title to more than 68,000km2 in South Australia’s north, including Lake Eyre (Kati-Thanda) and the pastoral lease of Finniss Spring Station.

Today, the people of Marree (population 75) are the cornerstone of the spirit of the region. The town is fiercely protective and proud of its heritage. The legacy of modern-day pioneers together with the culture and traditions of the first settlers lives on and presents a warm and inviting environment in this classic outback town.

The contribution made by the ‘Afghan’ cameleers who consolidated the stock routes of the Oodnadatta and Birdsville Tracks, should not be forgotten, with their camel trains of a 100 animals travelling hundreds of kilometres for months into the Northern Territory and Queensland from their base community in Marree. Many of their descendants still live in the historic town.

The cattlemen and women of the region are respected as some of the finest organic cattle breeders and stockmen in the country. Sir Sydney Kidman stayed at the Marree Hotel and the world’s largest cattle station, Anna Creek, until 2016 carried the Kidman name.

History abounds in the remnants of the 1880’s “Great Northern Development” with the overland telegraph line and the overland railroad being the vision for the future. The railwaymen and telegraph linesmen battled the harshness of the desert environment for 100 years before the railway, affectionately known as “The Ghan”, was decommissioned.

During the rainy season the rivers from the north-east part of the Lake Eyre Basin flow towards the lake through the braided channel country. The amount of water from the far north Gulf Country monsoons determines the extent and depth of water flow which takes months to reach the lake.

The lake becomes intricately connected to the boom and bust cycle of the great wilderness. Countless plants and wild animal species have adapted to the cycles with their fascinating survival and regeneration strategies. Flooding bursts life into the basin river systems and the lake itself. It is said the flood waters flowing toward and into the lake contain up to 10,000 tiny animals for every litre of water.

Fish pour into the lake in extraordinary numbers falling prey to prolific waterbird harvesting, others to become trapped as the lake dries up and freshwater becomes salt. In the 1970’s 40 million fish died on the edge of the lake, death following life on a grand scale.

Up to half a million waterbirds of 50 different species have been known to congregate where rivers flow into the lake and the largest breeding colony of 100,000 Pelicans breeding 90,000 chicks were recorded in 1990. The Lake has been identified by Bird Life International as a vitally important bird sanctuary because, when flooded, it supports major breeding and migratory events.

Inevitably, summer arrives with temperatures reaching 50C and the race against time for waterbirds to escape comes due. Wild species then retreat to dormancy for years in anticipation of the next flood and renewed flush of life. After a major flood it takes 2 years for the lake to dry up.

What is the future of the lake?

Globally, mankind has impacted and devastated the natural flow of water systems including downstream flood plains, lakes and wetlands. There are few wild unallocated rivers left.

The future of the Lake Eyre Basin and the natural phenomena of the lake itself rests with Australia’s wild rivers remaining wild, despite commercial proposals to introduce large scale irrigation, cotton and food production in response to pressures around global food security.

The rapid expansion of oil and gas exploration and extraction in the basin involving coal seam fracking is another concern expressed by scientists and environmentalists who have followed the lake phenomena for decades.

Legend surrounds the sheer power and role of nature in the Kati Thanda-Lake Eyre region. But this is ‘remote’ Australia and access to the region is both a challenge and adventure, best experienced through informed organised tours.

Nature Bound Australia has visited Kati Thanda-Lake Eyre regularly since 2009. The visit is just one of the exceptional experiences enjoyed on our small group Adelaide to Alice Springs Classic Outback Tour.

Tours in 2023 are scheduled for June 3 and June 25 with numbers limited exclusively to 7 guests per tour. 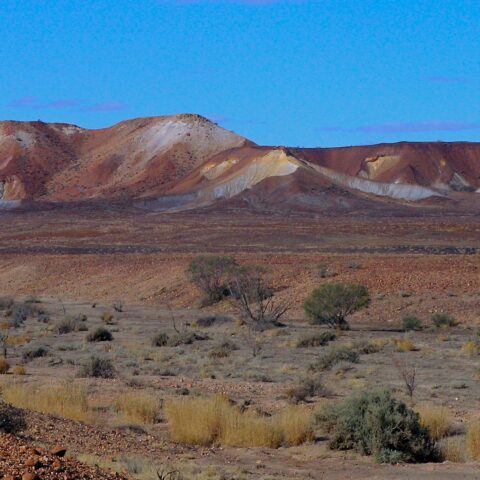 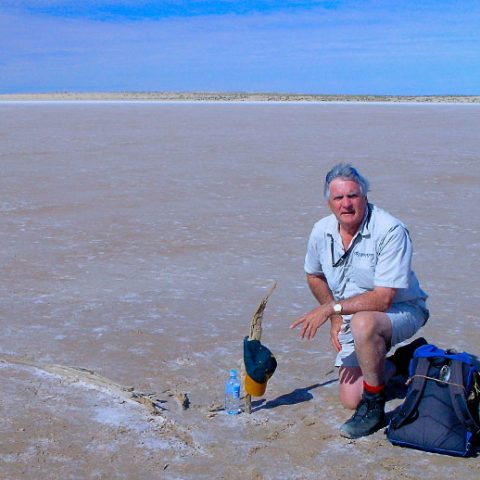